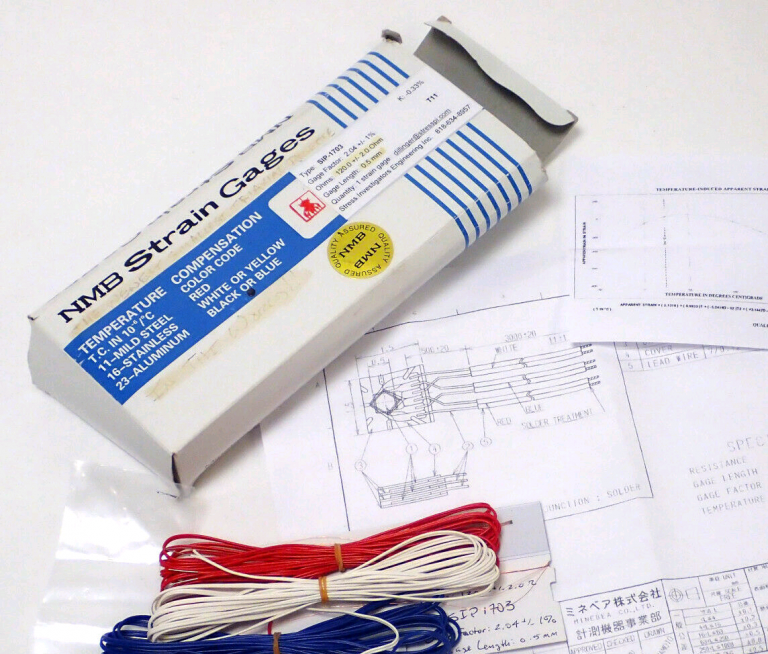 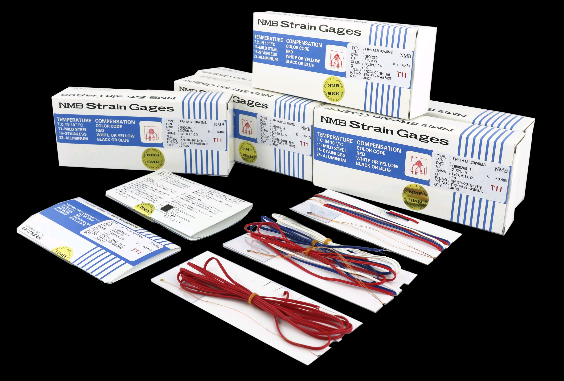 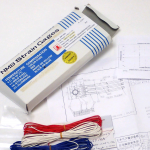 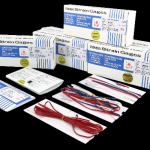 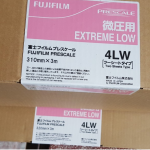 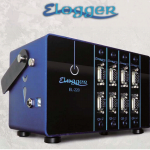 Typical foil strain gauge; the blue region is conductive and resistance is measured from one large blue pad to the other.

The gauge is far more sensitive to strain in the vertical direction than in the horizontal direction. The markings outside the active area help to align the gauge during installation.
The gauge is attached to the object by a suitable adhesive, such as cyanoacrylate. As the object is deformed, the foil is deformed, causing its electrical resistance to change.

A typical strain gauge arranges a long, thin conductive strip in a zig-zag pattern of parallel lines. This does not increase the sensitivity, since the percentage change in resistance for a given strain for the entire zig-zag is the same as for any single trace. A single linear trace would have to be extremely thin, hence liable to overheating (which would change its resistance and cause it to expand), or would need to be operated at a much lower voltage, making it difficult to measure resistance changes accurately.

PULSARLUBE – AUTOMATIC LUBRICATORS ALL THE WORLD